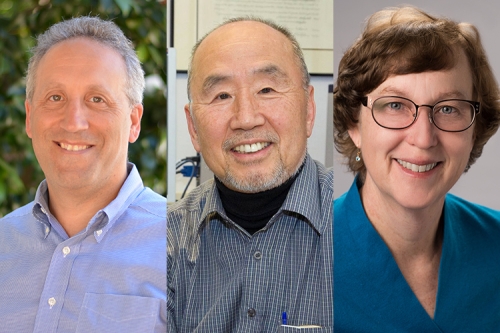 Professor Allen Goldstein was one of three Berkeley faculty members to be elected fellows of the American Association for the Advancement of Science, the nation's largest scientific organization.

Election as a AAAS Fellow is an honor bestowed upon AAAS members by their peers.

AAAS awarded 416 of its members the distinction of Fellow this year for “their scientifically or socially distinguished efforts to advance science or its applications.”

Allen Goldstein, a professor of environmental science, policy and management and of civil and environmental engineering and a faculty scientist at Lawrence Berkeley National Laboratory, was recognized “for distinguished contributions to the field of chemistry and emissions of natural and anthropogenic trace gases and aerosols in the atmosphere.”

Allen develops advanced instrumentation to study natural and human-made chemicals in the Earth’s atmosphere, with the goal of understanding how the atmosphere functions naturally and how it is affected by human-caused emissions and climate change.