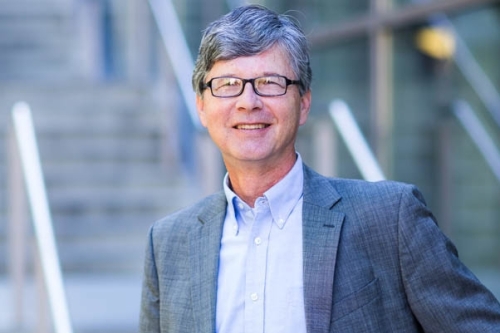 Watch his complete lecture, "Air Around Us: Science, Technology, and Health."

Although we do it about fifteen times per minutes, awake and asleep, our breathing rarely merits a thought.  Yet, over our lifetimes, we can each expect to inhale about 300 tonnes of air.  Most of that is indoor air. Although influenced by the atmosphere’s composition, the air we breathe is modified by processes that occur in the indoor environments in which we spend most of our time.

This lecture features three vignettes illustrating recent progress that advances knowledge about indoor air quality.  The first concerns exposure to ozone in passenger cabins of aircraft. Airplanes can fly through areas where high ozone levels occur naturally; exposures in the cabin raise health concerns not only because of ozone itself, but also from the volatile byproducts of its reactions with our skin oils.

The second investigation concerns airborne particles in neonatal intensive care units.  The vulnerable population of premature infants is protected from outdoor air pollution by highly efficient particle filters.  In this well-controlled environment, resuspension and shedding from occupants are major residual sources of airborne particles.  This finding has led us to study clothing as a transport vector for airborne particles, potentially including infectious agents.

Third, we are utilizing state-of-the-art scientific instruments for measuring the dynamic behavior of volatile organic compounds in the air of ordinary indoor spaces, including classrooms and residences.  Advanced analytical capability combined with deep domain knowledge is yielding surprising new insights about chemicals we commonly encounter indoors.

Being so fundamental to our well-being, the composition of the air around us is worthy of our attention. To better understand how air quality influences the human condition, indoor air deserves as much research and policy attention as the other parts of our environment.

William Nazaroff is the Daniel Tellep Distinguished Professor of Civil and Environmental Engineering at UC Berkeley.  Bill joined the Berkeley faculty after a multidisciplinary education in physics (BA, UC Berkeley, 1978), electrical engineering and computer science (MEng, UC Berkeley, 1980), and environmental engineering science (PhD, Caltech, 1989).  At Berkeley, Bill has served as Chair of the Energy and Resources Group (2004-2008).  He has also served as President of the American Association for Aerosol Research (AAAR, 2011-2012) and of the Academy of Fellows of the International Society of Indoor Air Quality and Climate (ISIAQ, 2011-2014).  He was awarded an honorary doctorate by the Technical University of Denmark (2015).  He is currently editor-in-chief of Indoor Air, a position he has held since 2010.