Out of 42 teams, Berkeley Steel Bridge places 4th at Nationals 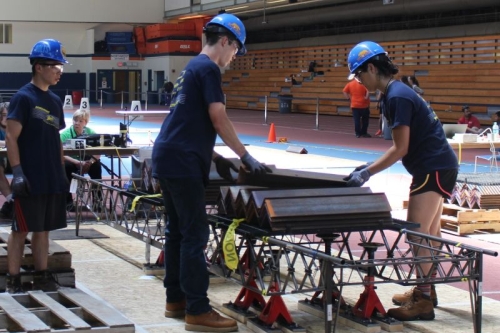 A total of 42 teams from around the country and the world participated, representing the best of the teams that competed across 18 regions.

Of those 42 teams, CEE and its bridge, Bearodynamic, took 4th place overall.

Bridge team members were happy with their performance, proving once again that Berkeley is a force to be reckoned with at Bridge nationals.

Sizing up the competition

The first part of any bridge competition is the aesthetics display, where each team sets up their bridge and poster and all teams inspect each other's bridges.

The aesthetics display is particularly interesting for new team members, as it is their first exposure to how other teams tackle the rules. Berkeley’s designers and fabricators go around to each bridge and try to learn from what the other teams have produced, taking notes for future years. It is also the team’s first chance to get a real look at the big contenders for the overall awards.

Though many of the top teams can be secretive about their design and fabrication methods, everyone is willing to share some ideas and make comparisons with what other teams come up with.

When competition day arrived on Saturday, Berkeley was excited but also nervous about how the bridge, and the team, would perform. No need to worry though, as the four-person construction team performed at the top of the pack, clocking in at 3 min.19 sec.

The bridge passed the lateral loading test and performed well under the vertical load test with a low enough vertical deflection to put the team into 4th place overall. 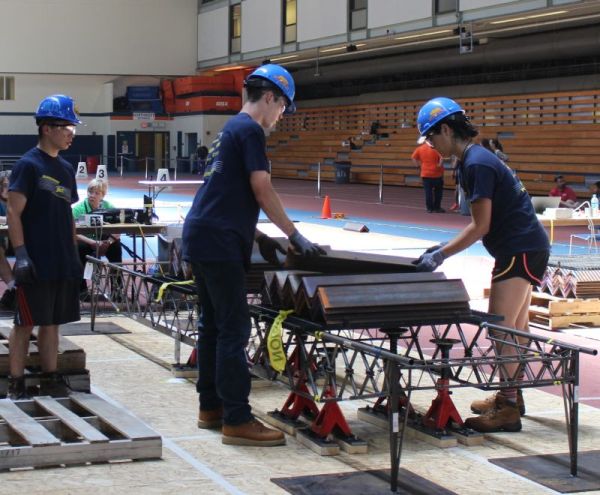 The last angle weight being loaded onto Bearodynamic at 2018 NSSBC.

Bearodynamic was also one of the lightest at the competition, weighing in at 144 lbs and earning the team 3rd place for lightness. 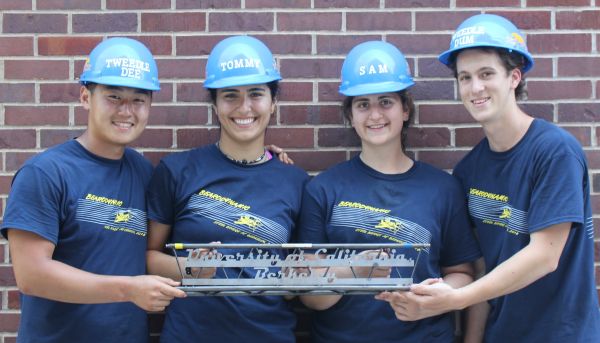 A strong finish for a strong year

The past year has been full of hard but good work from the entire 30-person team.

In the fall, the team’s designers worked hard to design the best bridge they could offer, a process they will begin again in a couple of months when the 2019 rules are released.

Many late night conversations during and after the national competition have produced pages and pages of lessons learned, ideas to try out, and just general excitement to start designing next year’s bridge.

The fabrication team also had good success this year, continuing to tweak last year's complete overhaul of fabrication's organization. Bearodynamic looked top notch, and it was a bridge entirely fabricated by students.

And finally the construction team put in the hours and far outstripped the expectations of all of the senior members on the team (who never thought the bridge could get built that fast).

Next year’s team has the potential to go even further than this year, and team members are excited to get started. 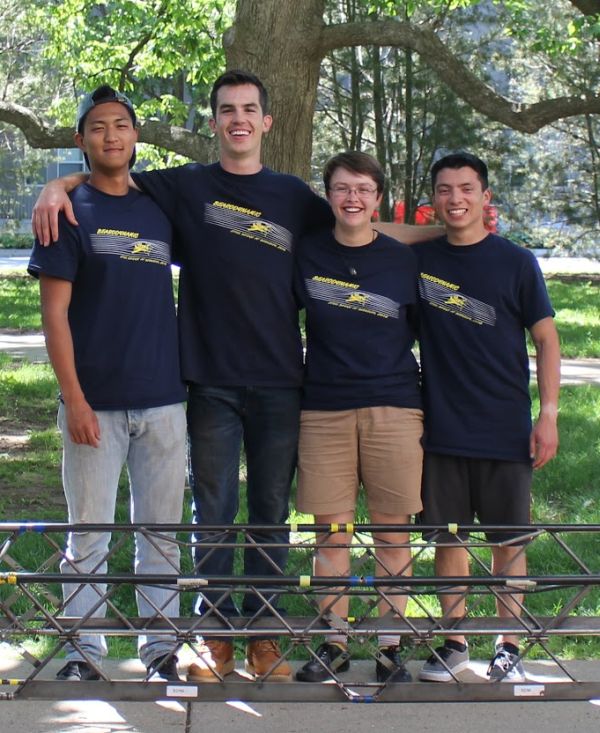