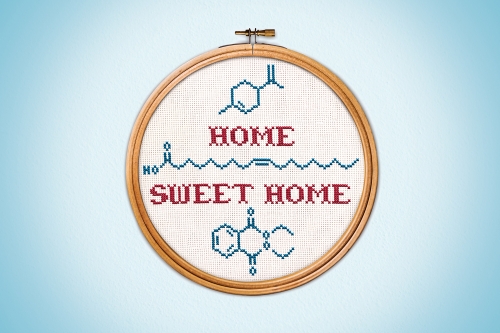 The cover story in Chemical and Engineering News (C&EN) features the research of Professors Allen Goldstein and William Nazaroff.

In the article, "What's in the air in our homes?," Goldstein and Nazaroff are among the atmospheric chemists who are moving indoors to analyze chemicals in the air we breathe—given that most people spend as much as 90% of their time indoors.

Indoor emissions come from many sources--stoves, cleaning products, furnishings, and even people.

"What is not so well understood is whether exposure to 'the rich chemical complexity' of an average home's air causes health effects," says Nazaroff.

Nazaroff and Goldstein are conducting extensive field studies in which they look at only 1-2 houses at a time but they do so thoroughly, with heavy-duty instruments that let them analyze a broader range of compounds throughout the day. They asked residents to keep a diary of all their activities in their houses. They installed sensors to keep track of which rooms were occupied, which windows were open, and which appliances were on or off.

And they were surprised by what they found.

Goldstein says, "The vast majority of organic chemicals that we could measure in air were substantially higher indoors than outdoors."