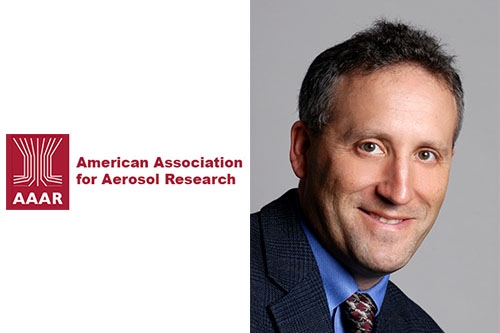 The American Association for Aerosol Research (AAAR) has elected Professor Allen Goldstein as its 39th Fellow, recognizing his work to address one of the most challenging problems in atmospheric aerosols – organic constituents. Goldstein has made pioneering contributions by embracing and unraveling the complexity of natural and anthropogenic chemical sources and their atmospheric transformations.

Professor Goldstein has developed novel experimental techniques, such as the Thermal desorption Aerosol Gas Chromatograph family of instruments that provide hourly resolution of organic aerosol compounds. With these unique data sets, he has elucidated key sources and formation pathways for organic aerosols. Further, Goldstein has promoted the discipline of aerosol science and technology as co-Chair for the International Global Atmospheric Chemistry Program, and on the National Academy of Sciences Future of Atmospheric Chemistry Committee, where he emphasized the importance of aerosols through his mentorship of a new generation of atmospheric and aerosol scientists.