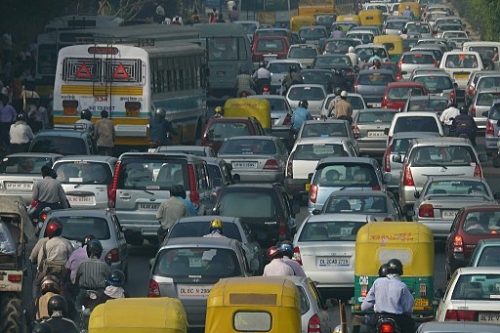 Professor Joshua Apte served as a consultant on The New York Times's recent examination of New Delhi's air pollution, which follows two youth from different neighborhoods to compare their levels of exposure to particulate matter throughout the day. While pollution exposure impacts the entire city, those with higher incomes can partially offset its effects through the use of air purifiers and limiting time outdoors, while for the less fortunate, smoke from cooking and heating adds to air pollution exposures.

Aayma, whose family resides in an upper-middle-class neighborhood, is exposed to 20 to 150 μg/m3 of fine particulate matter throughout her day. According to the World Health Organization, 25 μg/m3 is considered safe. Still, exposure is much worse for Monu, who lives in a slum and is exposed to four times more particulate matter throughout his day than Aayma. Over a lifetime, exposure disparities this large can reduce life expectancy by a year or more.

The data show that New Delhi's air pollution disproportionately affects its poorest people. However, there is only so much that money can do to protect families from air pollution. India's government has not prioritized battling pollution, as there are competing issues to address such as poverty. Still, researchers say that much broader action needs to be taken to make India's cities healthier for everyone.