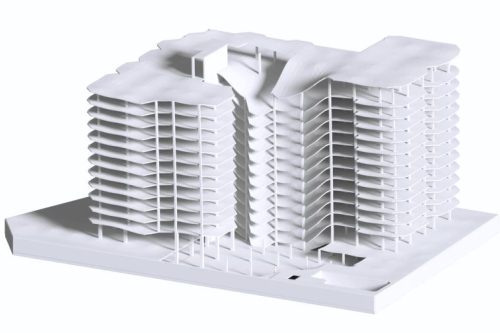 Over the last month Professor Khalid Mosalam, Director of Berkeley’s Pacific Earthquake Engineering Research Center, has provided invaluable analysis of the June 24th collapse of a Surfside, Florida, high-rise condominium. In an investigation by The Washington Post, Mosalam and his team used Computers & Structures, Inc. software programs for 3-D modeling and simulations to assess the tragic collapse.

Many questions remain about the failure, including how the partial collapse of the building’s pool deck brought down much of the building. Khalid’s team, which included his current PhD student Mr. Jorge Archbold, SEMM former student Dr. Carlos Arteta and his research assistants Mr. Andrés Torregroza and Ms. Angie Urango of the Universidad del Norte in Colombia, provides one possible answer.

Using simulation techniques, Khalid’s team found that the initial pool deck collapse could have overloaded key columns where the deck joined the building’s facade. As the pool deck collapsed, the concrete slab making up this pool deck level of the building would no longer serve as a stabilizing element between the underground garage and the first-floor ceiling. Effectively, the columns would have become twice their intended height, and had only a fraction of their design strength. Buckling of these key columns would have increased stress on columns deeper in the building, likely setting off a cascade of structural failures of the upper floors.

“Columns doubled in height, loads increased on the columns because of the loss of this support, columns failed, and then the rest of the structure failed,” Mosalam summarized.

Other accounts and hypotheses are examined in The Post’s investigation, including the role that rebar reinforcement of the columns may have played in the building failure.