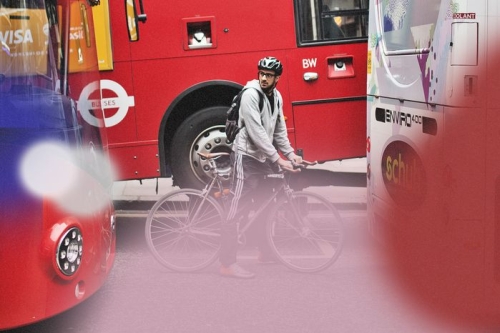 As New York's governor, Kathy Hochul will guide the implementation of congestion pricing in Manhattan, a plan approved in 2019 to charge drivers to access the city's central business district. Congestion pricing could generate much-needed revenue for MTA, while increasing demand for its services by disincentivizing driving at peak hours. Professor Susan Shaheen, Co-Director of Berkeley's Transportation Sustainability Research Center, discusses with New York Magazine what Hochul can learn from other big cities with congestion pricing programs, to benefit both New York and the governor's re-election efforts.

Based on programs in other cities, congestion pricing works best if launched alongside complementary multimodal changes on the ground. “Based on experiences from London, congestion pricing should be deployed alongside other improvements that encourage a shift from driving to non-single occupant modes — carpools, public transit, bikes, scooters,” says Shaheen. While the MTA doesn’t have control over all of these modes, it can improve bus frequency, where Shaheen sees potential for a notable shift.

The MTA could also establish publicly accessible metrics to demonstrate that congestion pricing is working. Singapore uses a performance-based road-pricing scheme, with prices set to maintain ideal traffic speeds on popular highways. Drivers experience the results immediately, and can alter their behavior based on real-time data and pricing. If implemented in Manhattan, performance-based road-pricing and real-time data could also tabulate how much money is coming in — proving that transit service is getting better and showing that fewer cars are entering Manhattan, thereby winning over more public support.

Shaheen notes that essential workers may have to drive vehicles into the city at peak hours without the luxury of shifting their schedules, and that policies should be established to relieve such individuals of congestion pricing. The program has a middling level of support in Manhattan, but the idea of it infuriates many New Yorkers in the outer boroughs and suburbs where car ownership is more common. If congestion pricing or its accompanying policies are not adequately introduced, voter dissatisfaction could keep Hochul from winning the gubernatorial election in November 2022, a race that she has already committed to.