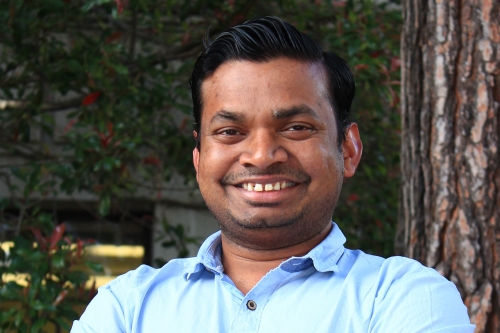 Dr. Siva Bandaru, postodoctoral researcher and alum (PhD, 2020), is this year’s recipient of the Rien van Genuchten Early-Career Award of Porous Media for a Green World. Bandaru is recognized for his contributions to the development and implementation of Electro-Chemical Arsenic Remediation (ECAR) in rural South Asia. This is a low-cost robust technology developed to clean arsenic-contaminated groundwater used for human consumption.

Bandaru has been working on ECAR since 2012, first as a field engineer and then as a graduate student at Berkeley CEE from 2014 onwards. During his time as a graduate student, Bandaru co-invented a second arsenic removal technology called ACAIE (Air-Cathode Assisted Iron Electrocoagulation) to address arsenic contamination in rural California. He led the fundamental science work, development, and scale-up of ACAIE from a 0.5 L system to 600 liters per hour treatment system. This system will be field-tested next month in Allensworth, California.