Susan Shaheen on the COVID-19 Bike Boom and Transportation Infrastructure 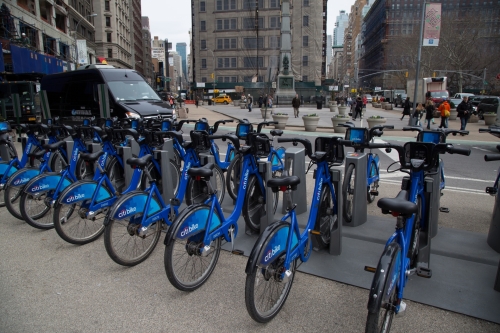 Bike sales have soared in 2020. Since the start of the COVID-19 pandemic and ensuing shutdowns, U.S. cities have seen a noted increase in micromobility, or the use of non-vehicular modes of transportation including scooters, mopeds and bikes. Professor-in-Residence Susan Shaheen was interviewed by CNBC on this trend, and what we can expect for micromobility post-pandemic.

Early on in the pandemic, demand for bikes from new cyclists surged. In March 2020, sales of basic bikes costing under $200 increased by 200% from the previous year. In June 2020, demand shifted to higher end bikes valued at over $1000, including road and electric bikes.

Having more bikes on the road could have a lasting effect on the U.S. transportation system. In New York City, women now exceed men in the use of the city's bikeshare program, as there is increased traffic safety with less cars on the road. Additionally, Shaheen says that bike trips have lengthened during the pandemic, which may be aligned with a growth in biking infrastructure. Major cities like Seattle have invested in biking infrastructure during the pandemic, creating protected lanes, bike boulevards, and bike traffic signals to provide greater opportunity for residents to safely social distance outdoors.

Biking infrastructure in the U.S. lags behind Europe, with cars dominating the transportation landscape. For many decades, federal funding and policies related to transportation infrastructure invested primarily in highways. It wasn't until 1991 that federal dollars were allocated toward improvements in bicycling and making it safer. Investing in biking remains a challenge, since the majority of funding to support infrastructure comes from taxes on gas. Further, bike infrastructure is inequitably distributed; in larger cities, white and higher-income people typically have better access to it.

It's unclear if biking will remain popular once the pandemic ends. However, Shaheen says an increased appetite for walking, biking and scootering during the pandemic may push leaders to invest in biking infrastructure at levels previously unrealized in the U.S.